As is well known, Hiroshima was the first city in the world to be struck with an atomic bomb, and the relative risk for hematological malignancies and solid cancers is high among atomic bomb survivors. Our goal now is to promote everlasting peace and the abolition of nuclear weapons. However, there are still many people suffering and dying from cancer in Hiroshima.

As a step towards the noble goal of the conquest of cancer, the Hiroshima Cancer Seminar Foundation was established in 1992 with the cooperation of Hiroshima Prefectural Government, Hiroshima University, Hiroshima Financial Circles and Hiroshima Medical Association and then was authorized as the Public Interest Incorporated Foundation on the first day of April 2013.

The Foundation annually holds an international symposium to create an opportunity for basic scientists and clinical researchers to exchange ideas on cancer research and cancer therapy.

Eiichi Tahara (Professor emeritus, Hiroshima University), Chairman of the Foundation, every year serves as chairman of the Organizing Committee for the symposia, and has published the meeting reports of the symposia in Cancer Science and JJCO journals. The subjects of previous symposia and the invited speakers were as below.

Another important task of the Foundation is a lecture open to the public to distribute precise information on cancer prevention, diagnosis and treatment of human cancer. The Foundation annually reports Hiroshima Cancer Seminar (HCS) News including the summary of the open lectures, symposia and budgets as well as other activities.

In addition, the first meeting on the Advanced Cancer Drug Therapy (ACDT) was organized on 9th February 2013 to promote cancer drug therapy for the aged cancer patients and encourage the development of cancer professionals. This ACDT meeting will be annually held as well.

The Foundation also supports the activity of young cancer researchers and oncologists as well as scientific cancer related societies. 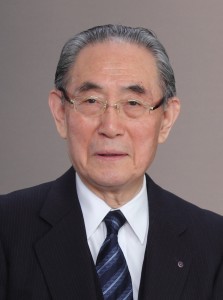 Date and Place of Birth: